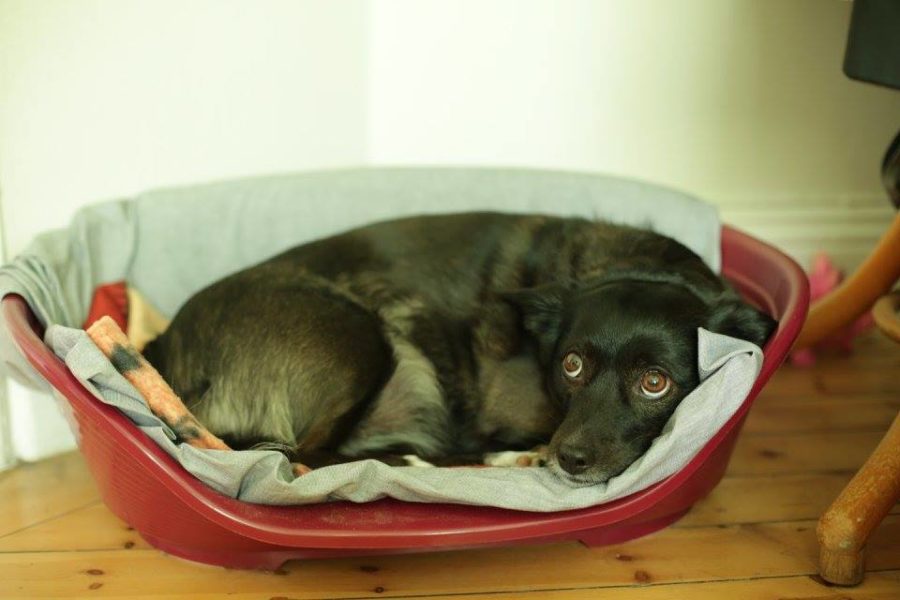 Mici, a dog with Swedish manners…sort of…

My sambo Anna belongs to an old Swedish family of dog-owners. Since childhood she has grown up with at least two or three dogs. And a few cats, too. For each one of those family dogs Anna’s mother has a family tree that starts in the Viking era. As a matter of fact, I’m not sure if cats were treated equally in that sense. I must check.

Anyway… The point is that Anna had the predisposition from the early age to become a cinologic expert. When she was just 12, she became a dog trainer. She is often evoking memories of that happy time. She was doing a great job. Working with love. Dog education is a real science. The most important lesson of Anna’s educational method is: ‘In order to teach a dog anything, you have first to teach the owner.’

Several times she has said to me, off the record, that it is easier to work with dogs than with people. Dogs are more constructive.

Anna chose the harder way. When she grew up she dedicated herself to people. As if that was not enough, she chose to come to Serbia. She wanted real professional challenges. And life adventures. She got what she was looking for. On the top of all, she met me. I was that little strawberry on the cake with lots of cream.

As soon as we started living together, Anna began to talk about dogs. Every time we passed a poor flea-bitten little dog on the street, her radar switched on.
“We could adopt this one.”
“We could,” I would reply. “But, let’s do it some other time.”
I hoped that the idea would fade. Time passed. The idea did not fade. Anna’s radar was sensitive. And there are so many poor doggies on streets of Belgrade. I was successful in resisting for some time. One morning she caught me off-guard.

That SMS-good morning was just an overture for the next message.
“Do you really agree we can adopt a doggy?”
Why is she asking me this by SMS, from Vrnjacka Banja, at 7 o’clock in the morning?
“Yes, but let’s talk about that when you come back home,” I typed, then put my slippers on and walked over to the bathroom to wash my face.

When I sobered up, it was already too late. Another SMS had arrived.
“Just to let you know… I took a puppy.”
Wow. I hoped that wasn’t true. I didn’t have patience anymore to type an SMS. I called her.
“Tell me that you are joking.”
“Somebody left her in the hotel parking lot. She is so sweet. She is just three or four weeks old.”
Wonderful. It was just a stray dog that we needed for our happiness to be complete.

A frightened tiny black and white creature full of fleas entered our flat that very same evening. As soon as she saw me, she peed on my foot. Out of happiness. The excitement came from both ends.

To appease me a bit, Anna delegated me the right to name the new member of our little household. I thought that it would be a good joke to call her ‘Maca,’ which means pussycat in Serbian. I accepted a compromise, though; tolerance is my second name. The tiny black and white creature was given the name ‘Mici’.

We showered Mici to rid her of fleas, went to the pet shop to buy food, clothes and training equipment and brought her to the vet for chipping, vaccination and stomach pills. Since then the party has not stopped: feed, change the water, take her outside, watch out so she does not do anything stupid, pick up shit, shower, wipe…

Anna didn’t wait at all to begin with her tuition. Poor Mici had to go to school immediately. She even skipped the kindergarten. That’s that famous Swedish way, I suppose: ‘No pain – no Swedish standard!’

Alphabet, both Latin and Cyrillic, she learned quickly. She receives commands in several languages: in Swedish ‘lig’ (lay down), ‘stana’ (stop), ‘varsagod’ (here you are), in English ‘sit’, ‘give me five’, and ‘in Serbian ‘dođi’ (come), ‘idemo’ (let’s go), ‘na dupence’ (on your little ass). She is a real polyglot.

Mici is “street smart”. Adorned with original Balkan intelligence. By guardian instinct, as well. She barks as soon as she hears neighbours in the hallway. Some genes are obviously resistant to education. It doesn’t matter which educational method is used.