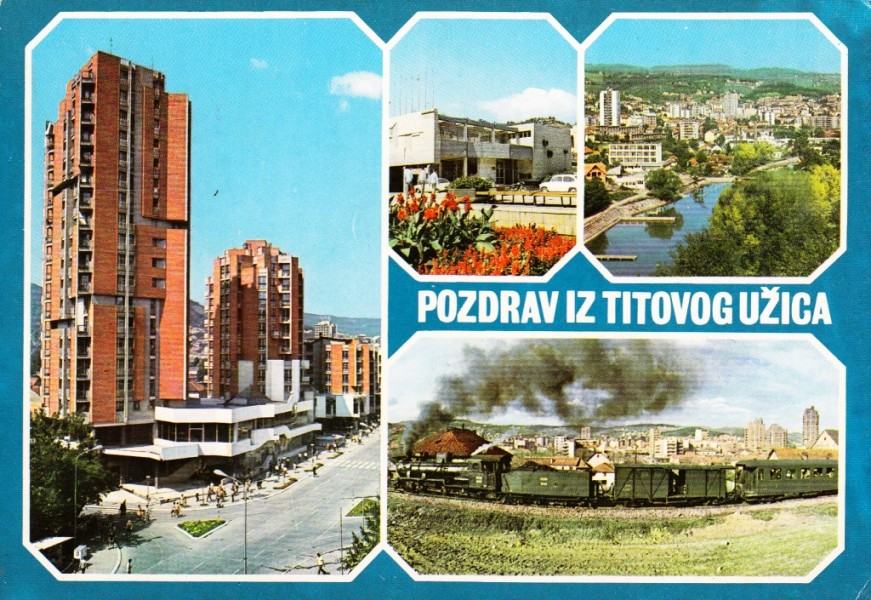 Titostalgic? You are not alone…

Josip Broz Tito (1892-1980), Socialist Federal Republic of Yugoslavia’s president-for-life, rises again, despite being dead for decades. Authorites in Serbian town of Užice, once upon a time known also as Tito’s Užice, a mythic spot for Yugoslav partisans as the first liberated territory in Second World War Europe, decided to place back to public five meters long bronze statue of Tito, which had been removed from the main square in 1991.

”Even the hard-core opponents of red star can’t neglect Tito’s contribution in transformation of Užice into a modern town. Now the time has come that Broz works again for the town from which he was commanding to defenders of The Republic of Užice in autumn 1941”, Serbian daily Blic reports, emphasizing how local authorities’ want Tito’s monument ”commercialized”.

”That particular gesture bears a symptomatic meaning when it comes to the phenomena of veneration of Tito back then, in times of “his” Yugoslavia (1945-1991), and now, it its successor states (from 1991 on)”, Slovenian sociologist and author of the book ”Titostalgia” Mitja Velikonja comments. According to him, Tito’s figure was a symbolic junction of two main ideological narratives and practices of the former state: multiculturalism and socialism.

”After the triumph of two opposite narratives and practices in all post-Yugoslav “burek-states” (as I call them sarcastically, with reference to “banana-republics”), ethnic nationalism and neoliberalism, and after the wars in the nineties and socio-economic devastation of the region, cult of Tito moved into unofficial spheres: in alternative culture, cyber world, consumerism. There, virtual, pop-cultural, artistic, commercial “statues” of Tito are replacing the ones from marble in the Yugoslav “the desert of post-socialism”, Velikonja says.

In early 1990’s changing street names bearing Tito’s name and removal of his monuments were common rituals in the process of establishment of ”young democracies” throughout former Yugoslavia. The line how Tito and Yugoslavia belong to the dustbin of history was the point of mutual understanding between local nationalist elites in ”young democracies” and authorised international arbiters for democratic and European matters.

But, the wheel of fortune is turning… Number of surveys show now that Tito’s popularity is on rise all over post-Yugoslav space; social networks are of full of Tito’s memorabilia; witty graffitis are written suggesting usually how he was providing something to the people while ”these ones today” are only grabing for themselves.

”The explanation for such a mood is very simple”, it was stated to us by Anti-fascist Union of Serbia, an organization from Belgrade keeping the legacy of Yugoslav partisan movement. ”It’s enough to compare the quality of life in the country during Tito’s time and today. The differences are drastic…”

Tatomir Toroman, curator in the Museum of History of Yugoslavia, is reasoning in a similar way: ”After the civil war and two and half decades of unsuccessful transition it is hard to deny previous accomplishments of socialist Yugoslavia. Consequently, judgements about Tito and socialism are being less and less cathegorically sharp.”

Second World War was devastating for Yugoslavia to much greater extent than catastrophes from 1990’s. Still, by mid 1960’s a great step forward was made – under the leadership of Tito and Communist party of Yugoslavia. More then 20 years after the conflicts in Yugoslavia, in 2016, under the guidance from European Union, the whole region still seems to be stuck for good. In those countries, which are nowdays literally fenced by barbed wire, promises of great European future sound like a cinical joke.

In such a context, according to Mitja Velikonja, questions ”Why Tito today? And why Yugoslavia?” should be reversed, as those are actually the answers. The real questions are: ”Where and how now? Who are really today’s leaders?”