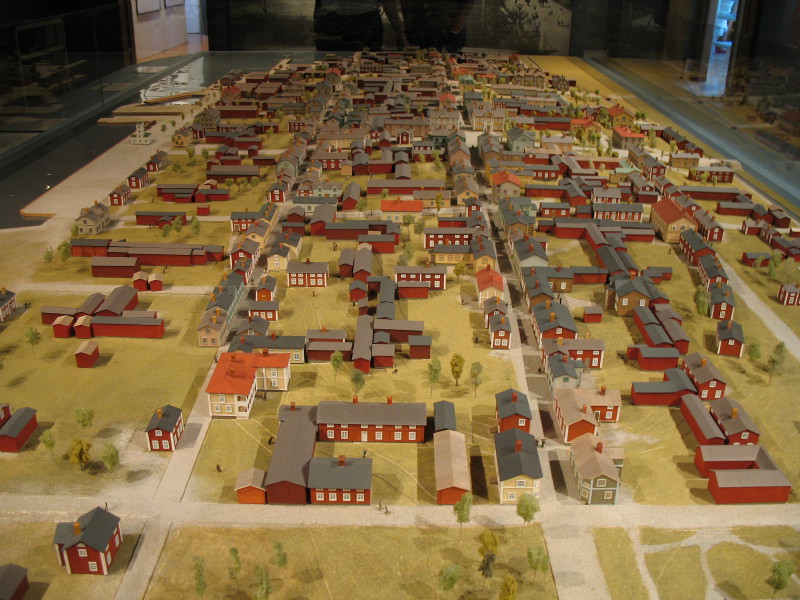 Christmas in Piteå: Sipping coffee on the top of the globe

Meeting Santa Clause wasn’t even near my List of Priorities for the new 20xy. I had a plenty of more important stuff on my mind, and none of it wore destination tag labelled North of Sweden. What in the world would I do there? However… the impossible has happened.

Instead of traditional pork, my Christmas plate was filled with muse, reindeer, herrings…and pitepalt – dumplings filled with salted pork meat. Thanks to pitepalt, Piteå, a town of about 40 thousands inhabitants, on the Baltic sea coast, near the polar circle, is enjoying similar fame as Leskovac (town in south of Serbia) has thanks to its “Mućkalica”.

Pitepalt is strong food, it dates back to the times when people didn’t have much and had to work a lot – in the fields or in the woods. Today, together with a strong dialect, it is a part of that local identity that not even an omnipresent globalization is able to assimilate. However, the local dialect is unfortunately disappearing; slowly but surely.

Though close to the “end” of the world, the Norboten region, whose biggest centres are Luleå and Piteå, it is easily reachable from Stockholm. It does take some time, however, an hour by plane, 9-10 hours by car, and 13 hours by train. Once you “climb” to the top of the globe, you can sledge all down to the South – it’s all like a slope.

Piteå doesn’t have an airport, so we flew to the neighbouring Shlefteå, an hour away by car, but in another region. My girlfriend’s brother lives there and bilateral meeting was scheduled several weeks ahead, when the whole journey plan was still in early drafts.

From the big airplane we are getting down to the small airport building. It’s not even 4.30 p.m., and it is already dark outside. The white snow wherever you look. As cars are leaving parking one by one, it is becoming clear that airport is practically in the middle of forest. No city lights on sight. Cold doesn’t bite as I expected. I prepared myself psychologically for -25, and it not even -5. Could this be the consequence of global warming? Or did almighty, want to protect me because He knew I was allergic to cold.

We boarded an airport bus that goes to the town. Minutes are passing, but the bus is still standing. “There is another plane that should land any moment, we have to wait for those passengers as well”, we are told by a pleasant woman driver, sinewy auntie in her fifties. She is shining self-confidence as if she can drive over these snow-covered roads with her eyes closed.

Shlefteå looks like an enchanted town made of Lego cubicles. No living creature on the streets. Sea is frosted. Holiday lights illuminate the chamber ambient. It’s a Sunday before Christmas.

The woman-driver is making a phone call. She won’t be able to take us to our stop. Another plane is about to land and she has to hurry up to make it to the airport. Nevertheless, she asked her colleague to pick us up. We didn’t wait more than two minutes and public city bus was already there. Empty, just for two of us. Driver is asking us where we are going. He knows the area, but he doesn’t know the exact street. Actually, he is not a driver, but a dispatcher that jumped in to solve an “emergency situation”. He took us almost to the door of the house. 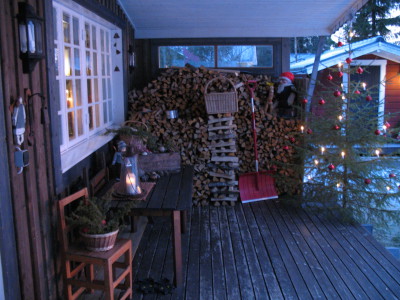 We didn’t know either the exact number of the house, but that was not such a problem. Either because of lack of light, or because of the deeply interiorized Lutheran principles, almost no window has curtains on. You can watch the “live broadcast” on almost every window. We recognize our channel. We come in and take off our shoes. You don’t enter home in your shoes here.

We are riding through the night from Shlefteå to Piteå, where Anna’s parents live. The motorway is good and wide, front lights are illuminating the distance. Not a living soul on sight, just snow and trees. Yes, there are animals in the forest – muses, reindeers, wolves… If we would leave the coast and go deeper inland, in some of those side roads we would probably bump to Sami people. They are moving down closer to the bank when the snow is high in the mountains. 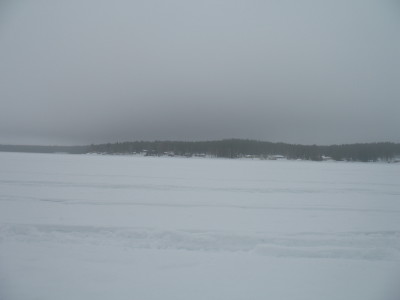 Even today, Piteå still makes its living from the trees. Paper factory’s chimney doesn’t stop fuming even on holidays. “That’s the smell of money”, Roger, a native, tells me, hinting at the odd paper processing scent, which covers the entire area from time to time.

Although Belgrade and Piteå are in the same time zone, I’ve been yawning intensively no matter how much I slept. Day is short – the sun hasn’t come up properly, and it is already a dusk. At 2.30 pm, a thick dark is coming down. Coffee is one of the substitutes for the sun light. You make an extra large portion; pack it into thermos and than keep refilling your mug. I have a feeling that even an intravenous dip of caffeine wouldn’t help me. I would like so much to fall into hibernation and wake up when the spring arrives. 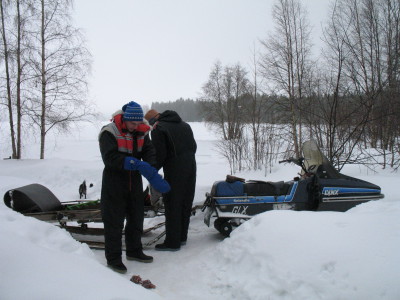 But there’s no sleeping. Life is following its regular rhythm, as if the day was really a day. Breakfast at eight, lunch at noon, dinner at six. During the holiday season, of course, this timetable gets more flexible. However, subzero is there to stay. For months. Short day as well. But that’s the way it is – a natural state of things – and almost no one is even talking about it at all. It’s dark in the winter, but it is long day in the summer, and that, everybody says, is having an effect of an energy pill. One is active even with a minimum of sleep.

I get the news from Belgrade that snow and ice have plunged the city into chaos. Here, you have snow and ice from autumn till spring…and everything functions. I am thinking how often people in my “motherland” forget about the boons of the place where our ancestors had “parked” long time ago. As all that is simply given to us by God, so we can so easily just waste the wealth we’re most often completely unaware of. 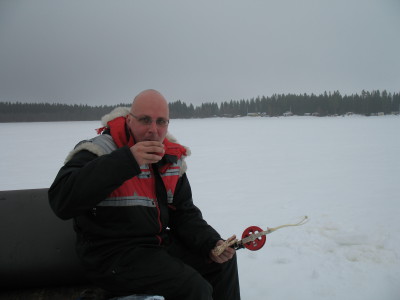 Never before I visited the place where life is so conditioned by the weird features of nature, and where people and nature are so genuinely intertwined. The place where people are really enjoying the image of “winter wonderland” and the squeaking and crackling sound of snow and ice; where one respects the blood-chilling winter, and where a cosy and comfortable life has set in despite the “radical” climate. Partly thanks to technological advances, but primarily thanks to a developed conscience, good organization and solidarity.

First day after Christmas, the cover page of a local newspaper carries the story about a worker who got fired while on sick leave. I asked my hosts to translate the article. “That can’t be happening” is the bottom line of the story. The Swedish North is defending its social-democratic heritage. Generations fought for it, and it is not up for grabs, not without battle; though the pressure is growing stronger and stronger. 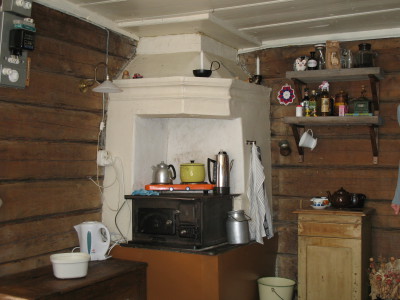 People from the North of Sweden are considered reserved in expressing emotions or giving praises and compliments – they don’t want to spoil the one who may have deserved those praises. Since they are saying the same for themselves there must be some truth in that. However, family situations – visits, coffees and teas, (holiday) lunches – seem to be similar to the ones in “motherland”. It is just less fat food, there is less talk about politics and nowhere, but really nowhere inside (no matter if it is private or public place) there is no smoking.

I don’t know how it would feel if by chance I went to that area by myself, but with Belgrade Pitebå next to me I didn’t feel as a foreigner or stranger at all.