Europe is an endless topic; there are many definitions of it, opinions on what we want it to be, as well as whether that future is hopeful or not.

But, what do we really think when we say ‘Europe’? The answer differs from the East to the West, from the South to the North, from the Balkans to Scandinavia. Do we refer to ourselves as European, when do we do this, and how does that connect to our national identities?

Is there any common vision left after economic crisis, divisions between the poor South and rich North, the fading memory of World War II and a complete abandoning of the post-war welfare model?

These are some of the questions that will be addressed in the first Global bar in Belgrade in the new year – on January 22nd at 18.00 in KC Grad in Belgrade. Mingle starts at 17.15.

This will be Global Reporting’s third Global Bar in Belgrade. The idea is to inspire newforums for discussion of topics related to culture, politics and social issues. At least oneScandinavian panelists will participate in each Bar, while the other panelists come fromthe former Yugoslavia. A lecture will be held at the prestigious cultural institution KolaracEndowment in Belgrade in connection to each Global Bar.

The project is funded with support from the Swedish Institute.

Not in Belgrade? Don’t worry, the talk will be streamed live on our website.

No registration needed but there is a limited number of seats. Since the event will be broadcasted live, there will be no a addmittance after 18.00 (sharp!) when the discussion starts.

Peter Aronsson is a Swedish historian, dean and deputy vice chancellor for the Faculty of Arts and Humanities at Linnaeus University and coordinator of the project European National Museums: Identity Politics, the Uses of the Past and the European Citizen.

Franc Trček is a Slovenian sociologist, professor at Ljubljana University; he is also an activist and played a prominent role in the big protests in Maribor in Slovenia in 2012 – 2013. Trček was the editor of Community-net in South and East Europe (2003) and co-editor of Glocal Localities (2002) and Rethinking everyday mobility (2013). One of his main research interests focuses on Balkan studies.

Milica Pekić is a Serbian art historian, curator and since relatively recently a president of the board of the Acossiation Indpendent Cultural Scene. 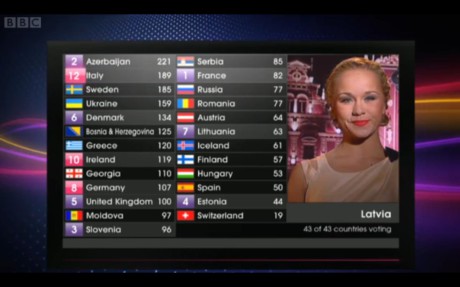 The main idea of the project Global Bar in Belgrade is to create a public debate arena similar to the one in Stockholm, but adjusted to the new and different cultural context. The aim would be to “promote” an alternative way of public discussion and dialogue within the framework of different culture, political and social background.

The main activities would be public discussions and public talks (lectures) held in KC GRAD and Kolarac Endowment in Belgrade, Serbia. Since the “traditional” concept of Global Bar is to have three panellists for each theme, the Global Bar in Belgrade would have at least one panellist (per debate) coming from Sweden or Scandinavia. The other panellists would be from Serbia and former Yugoslavia and also internationals based in that region.

In conducting this project Global Reporting is cooperating with two local partner organizations:

European Centre for Culture and Debate GRAD, a new and alternative cultural centre that in just few years became one of the most vibrant cultural spots in Belgrade.

Ilija M. Kolarac Endowment, one of the oldest cultural institutions both in Serbia and throughout the Balkans – the main scene for classical music in Belgrade, the home of the most prestigious school for foreign languages, and for decades the synonym for the public lectures and public discussions of all kinds.